Full Disclosure: I received early access to this book in exchange for writing an honest review. Awarded 3 stars on Goodreads. 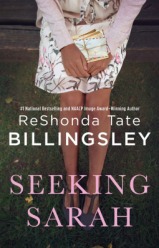 The strongest aspect to the novel is the storyline because it is NOT predictable. A motherless woman, with a picture perfect fiancé and a successful career, is suddenly derailed by the death of her father and a family secret that is suddenly revealed. Brooke then feels compelled to launch a search which puts the rest of her life in jeopardy. And despite lots of warning from those she cares about most, she cannot seem to alter her path, even as she heads toward disaster.

Along the way she juggles lots of conflicting human emotions — disbelief, anger, sadness, revenge, envy, and grief. And the reader gets to witness how strong emotions can shape people’s judgments and actions. There are some very dark moments. And I ended the book not much liking the main character.

To me, the weakest part of the book is the language itself. It’s serviceable, but nothing more. There is no poetry to the writing. No subtlety. Nothing left to the reader’s imagination. Everything is stated, and sometimes restated. And the Epilogue, where the author attempts to provide resolution, feels forced and unbelievable.

Although this author has written a number of books, this is my first exposure to her. And probably my last. But I readily admit I may be in a minority.