Skip to content
Not my favorite from this author. Awarded 3 stars on Goodreads. 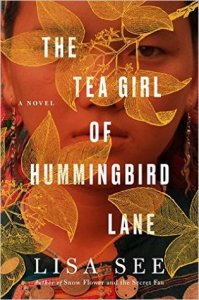 Maybe 3.5 stars. Lisa See references an old Chinese aphorism in her final acknowledgements – No coincidence, no story. This turns out to be the key to much of this novel, which follows the story of two women. The more minor one is of Haley Davis, an abandoned Chinese girl happily adopted by two childless scientists living in California. Haley is the tea girl of Hummingbird Lane of the book’s title. From her story, there is a lot to understand about the difficulties faced by the thousands of “grateful but angry” Chinese adoptees currently living in the United States. Theirs are complicated feelings that shift throughout their lives.

Most of the book however, centers on Li-yan. She is the Chinese mother who abandoned her daughter, in part, to take advantage of the widening opportunities for women in a rapidly expanding Chinese economy. Both mother and daughter long to meet each other, though for very different reasons.

This was not my favorite Lisa See novel, though I’ve read a number of them. This one felt a bit clunkier. See moves back and forth between the two stories but it felt to me that parts of Haley’s story were more “stuck in,” in an almost random fashion. Luckily I found Li-yan’s story the more interesting one since hers involves the shifting culture of the Chinese countryside as it moves from widespread isolation and ancient superstitions toward wider integration with the “advances” brought by Communism and entrepreneurship.

There is also a lot of detail about the study and science of tea-making included within this novel, perhaps a bit too much for my taste (no pun intended). It certainly lent authenticity but I personally prefer reading about characters.

More about the author, Lisa See.

You may also be interested in my reviews of other Lisa See novels: