Skip to content
Not nearly as riveting as I expected. Awarded three stars on Goodreads. 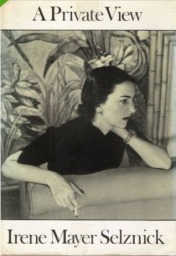 As a fan of old Hollywood, I was looking forward to some good behind the scenes gossip about Film Producer Louis B. Mayer (co-founder of Metro-Goldwyn-Mayer Studios), his daughter Irene, and Irene’s husband, David O. Selznick — the man behind Gone With The Wind. And yes, there was SOME of that. Katherine Hepburn, Spencer Tracy, Jennifer Jones (David Selznick’s second wife), Cary Grant, Howard Hughes and a few others do show up — but honestly, what you learn about them is not that interesting. To the point that I skimmed sections.

Irene really doesn’t address her husband’s notorious philandering – only his drinking and gambling. What does come through is her transition from Louis’s dutiful daughter, to David’s trophy wife, and finally to successful Broadway producer (A Streetcar Named Desire, for example).

If you can think of this more as a story of emerging feminism, ahead of its time, rather than a Hollywood tell off — you’ll likely enjoy it more.